skip to main | skip to sidebar

Commander cards in "Battles of Westeros"!

One of the components in the "Battles of Westeros" is the so-called Commander cards:

Commanders play a very important role during the Battles of Westeros.

Each of them command different unit types, have different abilities, like being stalwart or having several toughness degrees.

At the upper right of the commander card there is a picture of the unit type, which the choosen commander orders.

On each battle plan its written which one is in command. Due to the fact that many commanders have multiple versions, also the version of each commander is included to the battle plan.

Each commander card has 2 sides; the so called “uncommitted” and “committed” side.
The side with the full color portrait of the commander is the uncommitted side and should be placed face up at the beginning of each battle.

Each commander card has a command limit and a capture rating.

The command limit specifies the number of command tokens which may be used by the commander.

The capture rating shows how many hits must be done in a single attack in order to capture the commander. This could be a subject of an attack, after all figures in a commander’s unit has been eliminated.

On each commander card there is a unit ability and commit ability descriptions.

Each commander unit, which is a unit with a commander figure as a banner bearer, has a special ability, which can be used anytime during the battle.

Commit abilities are special effects that can normally be used only once during an entire battle.

After use, the commander card is flipped to the committed side. On this side there is only a text for the unit ability!

Just one of them:

Battles of Westeros / the core game!

I am playing Battlelore since 2006 and bought most of the expansions. (At the moment I am waiting for Horrific Horde and Bearded Brave)

When I first read about "Battles of Westeros" I was very interested in this new game and also reported in some posts.

While I was waiting for the game, I bought the books and started the first one. In the meantime we resettled to Sri Lanka. The adaption to the new environment and the whole way of this new life took his time and at least whem I am back for a short time-out in Istanbul/Turkey, I have the time and concentration for this game.

After reading the rules scenarios (in this game, named "Westeros battle plans") my first impression is very positive.

I think, a lot of Battlelore-fans noticed after playing some scenarios for a while, the borders of this game.

At first, the playing field is divided into three sections, which makes the game more luck oriented. Sometimes waiting for the right section cards, especially when it happens to both sides, forces the players to a very passive game.

The limits of the game board with his 13 x 9 hexes, or in epic dimensions, with 17 x 13 hexes, allows us to create only field battle scenarios for the most part.

During some battles, especially by playing the goblins, the core map doesn't have enough depth.

The commanders as "individuality" played an underestimeted role. (OK; with the expansion "Heroes" this is chanced, but it could be better and adapted in the core game!)

The hexagonal dice is not the right choice for representing the differences of battle qualifications between different ranks.

The possibility to destroy a red unit is the same as the green one.

During the battles the flank and rear attacks of units have no additional advantages. Actually, there are no flank-attack- and rear-attack-components.

This should be enough!

Don't get me wrong! I like Battlelore very much and it's fun to play it.

But after playing tens of times, the above-named and other issues began to disturb you, so that you make your house rules and look for some logical solutions.

And some day you realize that, FFG, who bought the game from Days of Wonder, created a game with a lot of new additions in an another dimension based on a wonderful, fantastic story.

So you buy and play it! 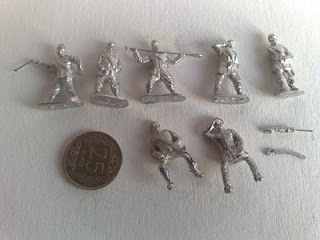 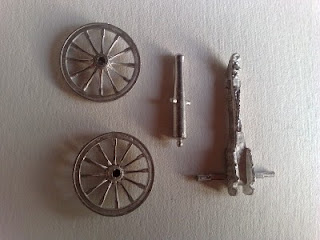 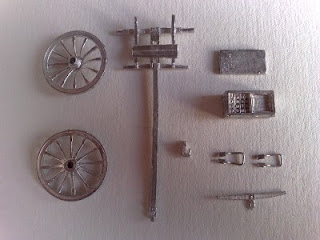